Pyramids, Aztecs and the Riviera Maya

Check in at one of the Hotels in Polanco neighborhood in DF.

We will start with a dinner and rest after a long journey getting there.

The tour will officially start the following morning.

Polanco is sometimes referred to as the Beverly Hills of Mexico City, and it is where many of DF's wealthiest people live, work and play (DF stands for Distrito Federal or Federal District, another name for Mexico City).

The holy city of Teotihuacan ('the place where the gods were created') is situated some 50 km north-east of Mexico City. Built between the 1st and 7th centuries A.D., it is characterized by the vast size of its monuments – in particular, the Temple of Quetzalcoatl and the Pyramids of the Sun and the Moon, laid out on geometric and symbolic principles. As one of the most powerful cultural centres in Mesoamerica, Teotihuacan extended its cultural and artistic influence throughout the region, and even beyond.

Teotihuacan and climbing the pyramids.

Given that it can take around an hour to get to the pyramids by car, make sure you’re up early to beat the crowds and can get there for the specified opening time. This way, you get the best pictures and the most tranquil experience possible. Plus, you don’t have to wander around this entirely unshaded archaeological site in the midday Mexican heat.

This town is located at the foot of Tepozteco Mountain and is the result of the combination of the unique ancient traditions and wisdom that enrich its many cultural expressions, such as esotericism, pre-Hispanic and vice regal treasures, the counterculture, ecotourism or the simplicity of its everyday life are all appeals of Tepotztlán.

Its architecture, cobblestone streets, the bright colors of the flowers, and the warm weather will make you forget about stress. Take a walk through the market, visit the beautiful former Convent of the Nativity and experience an adventure at El Tepozteco National Park, where its fauna and flora will make you forget about the world and fill you vitality. Tepozteco Mountain is so mystical that it is almost purifying, and its summit offers a great view of the small temple built for the god Tepoztecatl. Tepotztlán is full of surprises. This "Magical Town" is home to numerous celebrations, such as its dances, which with its Chinelos, the name of its music, and their vibrant colors will make you feel the life of the traditions.

El Tepozteco is an archaeological site in the Mexican state of Morelos. It consists of a small temple to Tepoztecatl, the Aztec god of the alcoholic beverage pulque. In the middle Postclassic Period, various terraces and a small pyramid were built on one of the peaks of the Sierra de Tepoztlan.

After having an awesome breakfast and morning in the beautiful town of Tepoztlan we return to Mexico City on a private vehicle to catch a mid afternoon flight to Cancun from the international airport.

After arriving to Cancun we go to Mexico’s Almost Best Kept Secret – Isla Holbox to check in in at the hotel by the ocean for the next three nights.

Holbox (pronounced “hol-bo-sh”) means "black hole” in ancient Mayan and was named for a tiny, dark colored lagoon on the southern tip of the island. The majority of the island's inhabitants are fishers, and the atmosphere hums with the same unhurried pace that it has for years.

The beaches are stunningly beautiful, miles long and the water is calm and clear. Rent a floaty and just lounge around for hours. Many of the beach front hotels offer seaside casual to upscale dining and you can also grab a beer or cocktail at all of them.

From June to September, you can swim with massive whale sharks (don’t worry they are actually fish!), a rare opportunity that can only be experienced in a few places in the world.

After checking out our Holbox hotel, we go to the international airport of Cancun to rent a car to go to Valladolid and the surrounding areas.

We will be exploring the town, checking at the hotel for next early morning leave to Las Coloradas.

Mexico's Sparkling Pink Lagoon Is Completely Out Of This World. Mexico's coastal lagoon is so pink, it's like Elle Woods created it in a dream. Pink waters and white sand meet off the coast of Las Coloradas, a small fishing community on the Yucatán Peninsula.

On the windy northern shore of the peninsula, sleepy Río Lagartos (Alligator River) is a fishing village that also boasts the densest concentration of flamingos in Mexico, supposedly two or three flamingos per Mexican, if one believes the provided math. Lying within the Reserva de la Biosfera Río Lagartos, this mangrove-lined estuary shelters bird species, including snowy egrets, red egrets, tiger herons and snowy white ibis, as well as the crocodiles that gave the town its name. It’s a beautiful area.

After Rio Lagartos we will start our way back stoping at Ek Balam.

Chichen Itza was a large pre-Columbian city built by the Maya people of the Terminal Classic period. The archaeological site is located in Tinúm Municipality, Yucatán State, Mexico. Chichen Itza was a major focal point in the Northern Maya Lowlands.

The highlight of Chichen Itza's Mayan ruins is the Kukulcan Pyramid, known as El Castillo. Mesoamerican cultures occasionally built larger pyramids on top of smaller ones, and this is the case for the 79-foot (24- meter) step pyramid of El Castillo, where an excavation discovered a temple with an elaborate jaguar throne.

Tulum will become our home for the next four nights. A jewel of the South of Mexico, with gorgeous beaches, archeological Mayan ruins, cenotes, jungle, gastronomical cousin, amazing sunsets and of course some great parties. Here we will do a little bit of everything or noting at all. Its a great way to finish the tour and work on some images of the trip, ok maybe only few hours because we can’t not be absorbing every second of this paradise town.

Mayan ruins tower over the sea in Tulum. The formerly walled city was one of the last to be built by the Mayans, and its archaeological sites are incredibly well preserved. Take a break from the beach to visit El Castillo, the Temple of the Frescoes, and the Temple of the Descending God.

Every Saturday Papaya Playa Project gives itself to the jubilance of nightlife involving prominent guest DJs and musicians. The monthly Full Moon series and our nightclub venue have earned a world-wide reputation as one of the finest around.

Here are the best Tulum restaurants that I’ve narrowed down, based on top notch decor, good vibes and of course, good eats:

Local ingredients, jungle decor and fresh seafood each day. What’s not to love?2.GITANO

Famous for its mezcal bar. Come here for dinner when all the candles are lit up and you can drink the night away.

Probably the most famous spot in town so

you need to book insanely early. Hartwood blends Mexican and American dishes and was started by local chefs from Brooklyn

If you want amazing raw vegan food in

Tulum you absolutely must come here. The

small cafe is located on hotel property so

the way, as its a bit hidden.

Well... you just have to try it. Delicious.

Some of the activities to choose from:

If the sheer scale of the Sian Ka’an Biosphere proves daunting, head instead to the other ecological park offering that’s available in Tulum.

With a name that translates to ‘where the heaven is born’, you know you’re in for a treat. If lucky you can see jaguars, pumas, monkeys and ocelots up close, and soak up the natural wonders over the 1.2 million acres’ worth of land.

After breakfast we officially finish the photo tour. We will check out the hotel and drive to the Cancun airport (90 minutes) to return the car and take a flight to Mexico City. The end.

• Transfer from/to airport upon arrival and departure.• All accommodations.

• Breakfast as provided in some of the hotels.

• Items of a personal nature such as laundry, drinks, camera or video

fees at any sites etc.

• Sightseeing and entrance fees according to the itinerary.

• Tips for your guides and driver (discretionary).

• What is not mentioned as included. 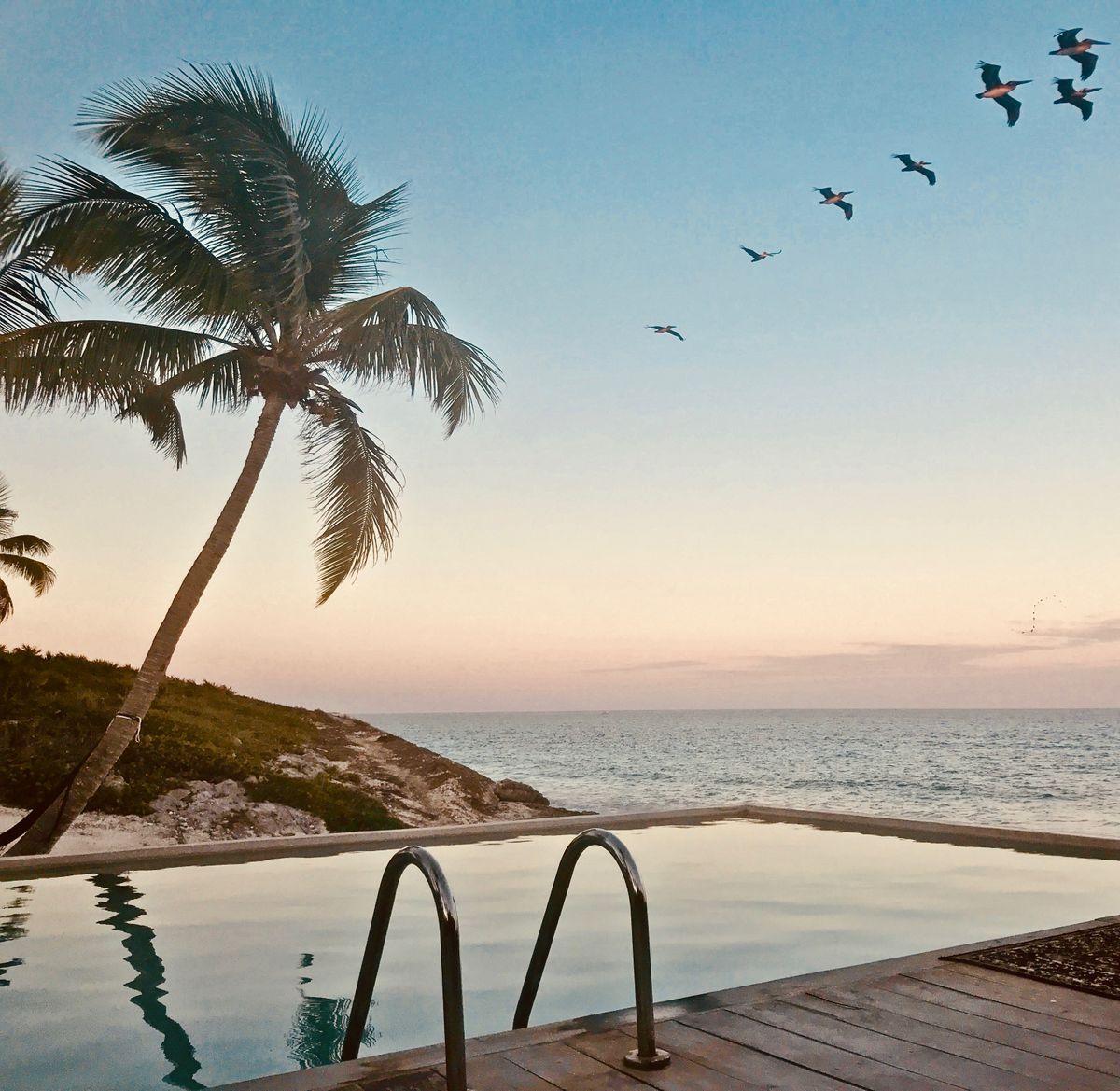 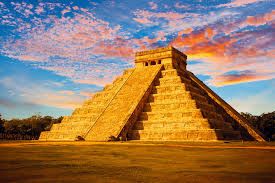 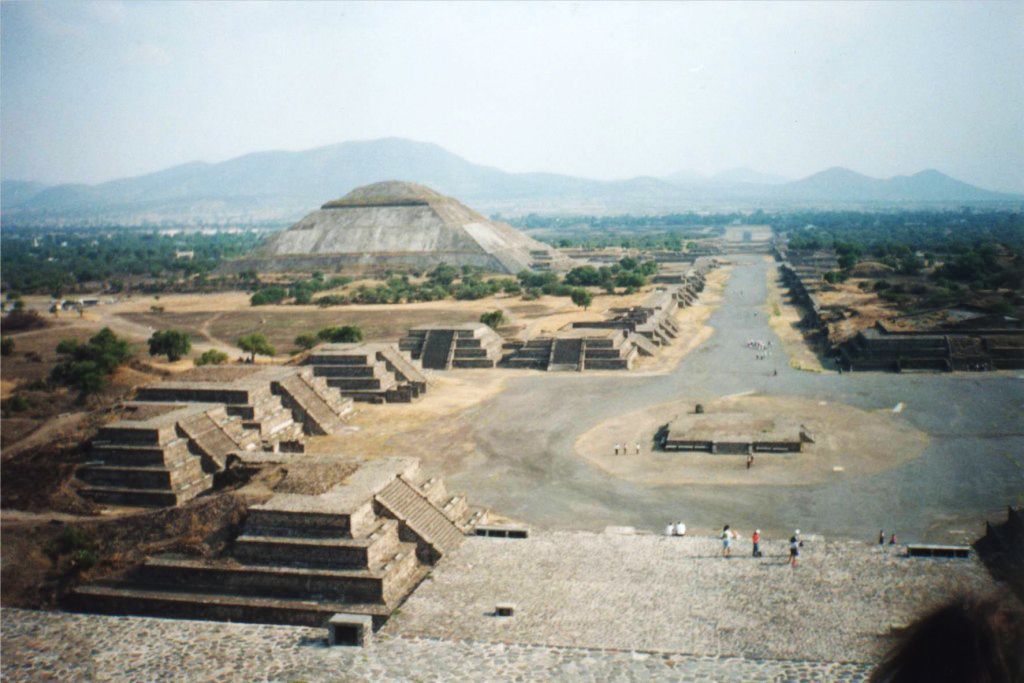 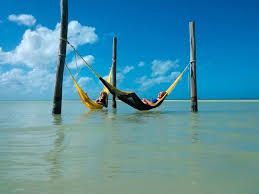 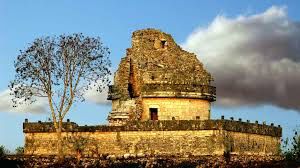 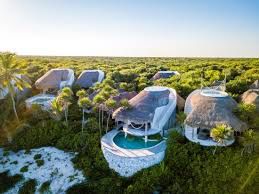 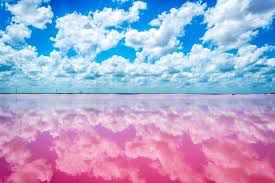 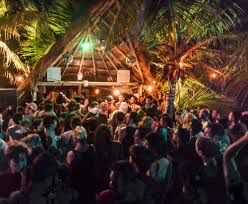